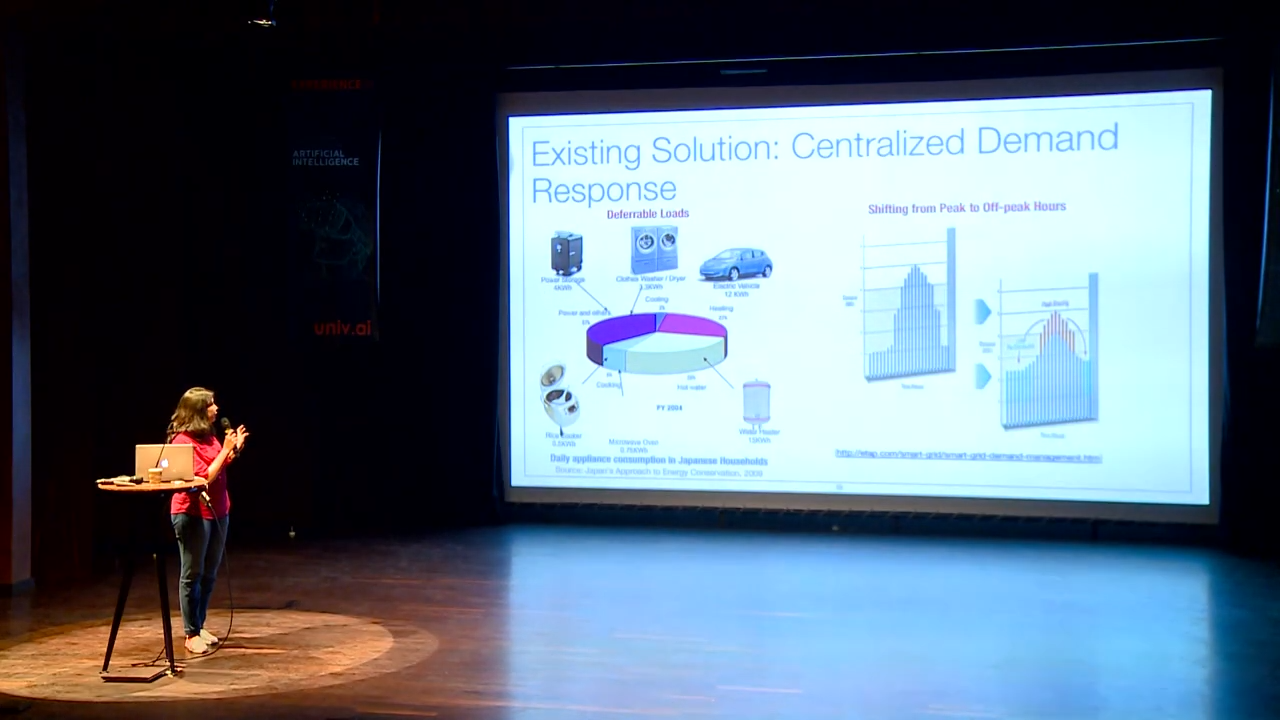 Power shortage issues in developing countries have held back the progress of the country in the field of education, hygiene etc. Tanuja Ganu, CTO of Dataglen, MIT under 35 innovator with her team at IBM research came up with an ingenious solution to solve this: A device which sits between your walls socket and appliance which schedules your appliances to avert blackouts, allowing power generation to more easily meet peak demand.

One of the main challenges faced by power utilities is not being able to predict the peak time demand (a period in which electrical power is expected to be provided for a sustained period at a significantly higher than average supply level, to understand this, 6-8 am, almost all households in India, switch on their water heaters and washing machines, this period of time, the amount of electricity consumed is higher than the rest of the day, this is known as peak time). Power demand (the amount of electricity/ power consumed) is never constant. This can be seen in the image shown, where the x-axis is the days in the year, and the y-axis shows the power consumed for New York City.

Peak Demand graph for a year in New York City.

One of the ways to cater to this demand is by building more power generation stations (hydroelectric or renewables). This requires money and much manpower and hence is not feasible. Additionally, the peak demand is an extremely short-lived, it lasts hardly for 2 hours, and probably twice in a day. Doesn't make sense to build more power stations for this does it??

One of the olden days approaches to this problem was brownouts or blackouts. Another solution to this is to displace the load/demand from peak time to some other time of the day. This is called Centralised Demand Response, where deferrable loads(such as washing machines, UPS, Electric Vehicle charging or even Water heaters) can be shifted to off-peak hours of the day.

This solution has already been implemented in Europe and Australia, where the power utilities send signal to the household/ smart meter/ smart appliance, notifying about the peak time, and hence asking it to displace the load to another time of the day. However, in developing countries, like India, we do not have advanced communication infrastructure or smart appliances or meters to do this.

This is where Tanuja and her team at IBM Research came up with the N-Plug, a device that locally identifies the peak time and displaces the load to off-peak time. This device sits between the wall socket and your appliance, similar to a connector.

How do they do this?

Tanuja's team came up with a synergy between IoT and Learning Systems. The sensors give a collective view of its surroundings, and there is a hierarchy of Learning Systems to provide an optimal solution. According to her, this flow is inspired by the human brain.

The human brain can be divided into three major subsystems. The most rudimentary part of our brain is called the reptilian brain; it is the part of the brain that controls basic bodily functions such as heart rate, breathing, temperature, and balance. It is hardwired to keep us alive and sometimes continue to do that even in so-called "brain dead" people. The next is the limbic system, which is involved with memory and emotion. One key part of the limbic system is the amygdala. This part of the brain continuously monitors sensory inputs and has a hardwired program that looks for threats.

Our potential saviour from a hard-programmed, reactive life is the Neocortex. Unlike the hardwired parts of the brain, the programming of the Neocortex can be changed through various kinds of learning. This is where decision making, reasoning, planning takes place.

Similarly, in this synergy between IoT and Hierarchal Learning systems, you have the sensors and actuators which accumulates the and processes the data(similar to the limbic system). Further, this data is sent to the edge server or cloud server to perform more complex learning(similar to the reptilian brain). The Neocortex in this scenario is the learning system which is doing pattern recognition and prediction (eg: time series analysis) etc.

How does the device work?

The device N-Plug can store the required data as well as building models and learning systems and also perform the control operations. Hence there is no need for a smart appliance or smart meter or even an advanced communication infrastructure. The N-Plug captures the signals, such as frequency and voltage and recognises the peak time pattern.

Voltage time series for 7 days at an Indian household

Here you can see the nominal voltage available to us is 230V, which drops to 215-220V during peak time and during off-peak time gives around 235-240V. Based on this, they found a pattern needed to find the peak time. The next challenge to be tackled was instead of providing a centralised hard ruled signal; it had to be a distributes signal.

What happens in case you provide a centralised signal response?

The loads which are creating a peak demand at 6-8 am are shifted from 6-8 am to say 4-5 am in the morning, this does not solve the problem at hand, it only shifts the peak time to another time slot instead. Hence a distributed approach had to be taken, which also helped in catering to the customer needs. To solve this, they used computer networks, and Grid Sense Multiple Access algorithms, these are similar to CSMA techniques.

With this, they were able to develop a pilot, and the results can be seen below :

As you can see, the peak loads between 6 and 7 are shifted between 4 to 6.

Watch her talk in the Univ.AI Experience AI conference:

A Country's Secret to Happiness