Is AI justifying the hype it gets and the huge volume of investments it attracts? Here's what we think. 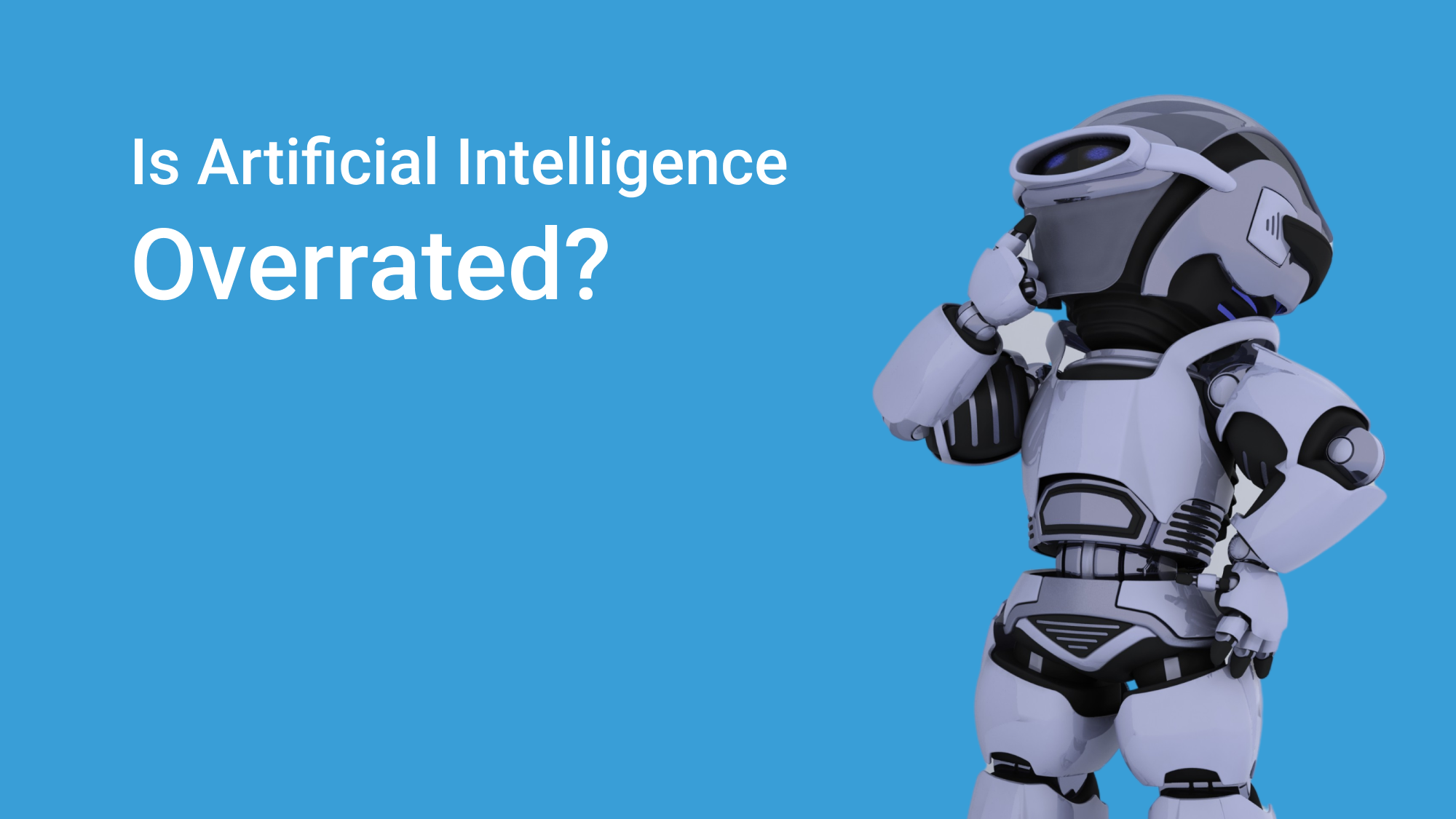 AI. Machine Learning. Data Science. These are the buzzwords today which require no introduction. Almost every sector, startup, and the university is beating the drum for them. Increasingly, they are becoming embedded in many of the things we interact with and use daily. And every other day, we wake up to a new AI technology being innovated.

The concept of intelligent machines is not a neoteric one. In the early 1940s, the novel idea of "neurons" took birth, and the possibility of Artificial Intelligence captured scientists' imagination. Between then and now, AI innovations have been hitting us in waves through many "AI winters." But why is there a seemingly sudden buzz about something as old as the original McDonalds? With staggering amounts of money being invested in firms and startups associated with AI, it is easy to get caught up in the hype created and accept it as the next big thing. But, are these multi-million dollar investments going to yield expected returns while pushing the field forward? Can its current successes justify the hype surrounding AI? Or are we just riding the latest wave of AI till the bubble inevitably bursts?

Most of today's AI innovations such as automated document readers, email classifications, etc. are mundane, and dare I say "boring." Despite making the lives of millions easier, the technology isn't considered exciting enough to make it to the headlines. News of Sophia, a humanoid robot developed by Hanson Robotics, broke the net. The internet was bombarded when Microsoft's Twitter bot, Tay, turned Nazi. As it appears, science fiction style applications are those who grab the headlines. The side-effect being a modification of a layman's vision of AI development as one that is progressing towards completely replacing humans from most activities. However, the truth is much more subdued, and we're a long way off from it, primarily because of considerable proliferation in the area of augmented intelligence as opposed to autonomous systems.

In addition to this lag, some argue that A.I. has fallen short of its promises. Why are our voice assistants still inchoate? Where are our autonomous vehicles? Why can't AI stop illegal and hate content from being broadcast on social platforms? There have been huge leaps in the field of AI. However, most of them contribute to AI's narrow applications, while some of the most significant challenges remain unaddressed.

That being said, for the past few years, AI and Machine Learning have been a hot area of investment. In the year 2019 alone, at least $128 billion was invested in the field. There is a very high chance that the actual amount is much higher.

Median Total Compensation by Specialty as of 2016

Lately, many tech giants and even non-tech companies have been hiring data scientists, ML engineers, and consequently, a demand for formal education in these fields has seen a significant uptick. From the illustrations presented, it can easily be seen that areas closely or directly associated with AI have been experiencing very high demand and a subsequent spike in compensation levels in recent years.

Percentage of Data Scientists out of Total Software Engineers

But such investment patterns and unprecedented demand for talent look incoherent with the picture we painted about the progress of work in AI, right?. Let's take a moment to meditate on this. I want to attribute this abnormality to the following:

With the increasing adoption of AI in every field, Zachary Lipton, Assistant Professor at Carnegie Mellon University, warns that the hype blinds people to its limitations. "It's getting harder to distinguish what's a real advance and what is snake oil." Lipton isn't the only academician sounding the alarm. Michael Jordan, a University of California, Berkeley professor, in a recent blog post, "Artificial Intelligence—The Revolution Hasn't Happened Yet," says that AI is all too often bandied about as "an intellectual wildcard," and this makes it all the harder to think critically about the technology's potential impact.

Let's slightly shift our perspective. With so much buzz around AI, there should be some grain of truth. It cannot all just be a pipe dream, right?.

As a consequence of the COVID-19 pandemic, the world is seeing significant changes at an unprecedented pace, and AI seems to be a key contributor. Developers are using AI to help researchers comb through thousands of studies to find relevant information to develop potential treatments and vaccines.

With almost everything moving online, from education to healthcare, we're developing a vast "digital footprint." With an average person spending 2.4 hours a day on social media, the user experience turns exceptionally relevant. The feeds that we love scrolling through is personalized dynamically based on our online behavior such as interactions with different features, web searches, etc.,

The current lockdown has also pushed users towards online monetary transactions. The daily transaction volume has become far too high for any institution to use conventional review methods. However, AI-powered systems learn the nature of each customer's transactions and enable identification of fraudulent ones in near real-time. These are some applications of AI that have made a severe impact during the pandemic.

The sheer volume of changes and opportunities being created during this pandemic is unprecedented. The world has been a small place for a while, and it just got smaller. Thousands are looking into MOOCs and other materials to be a part of the AI wave. As a result, there is an ever-growing awareness that AI is more math than magic and that machine learning is simply statistics at speed and scale. Moreover, AI would, over time, become more accessible. If today, installing Tensorflow onto a Raspberry Pi requires the developer to recompile the ProtoBuff library; in the near future, this process is bound to become more relaxed.

Additionally, with the age of ubiquitous quantum computing around the corner, the power of AI will be boosted several fold. "We could be as little as three years away from achieving a quantum advantage in AI if the largest players in the quantum computing space meet their goals," says Ilyas Khan, chief executive of Cambridge Quantum Computing. The main goal is to achieve the so-called quantum advantage, where complex algorithms can be run significantly faster than with the current state-of-the-art computers. This could very well be a game-changer in the field of AI. Faster drug discoveries, advances in the field of chemistry, as well as better weather prediction and natural-language processing are only some of the applications that would benefit from such a breakthrough. It is important to remember that the possibilities are limitless.

For something with such unparalleled potential to change the face of this world, is the current hype too much? Isn't investing in AI now merely investing in our future? Is AI really overrated?